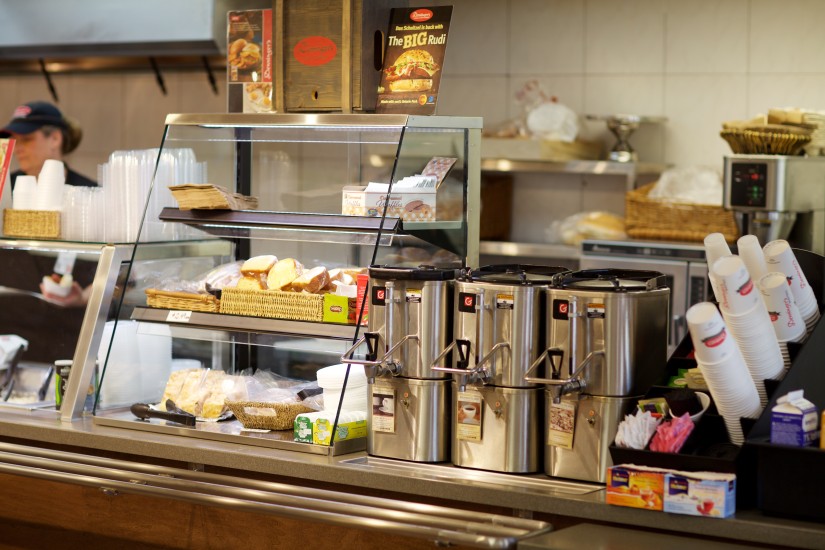 Convenience stores are evolving. Here's how.

Convenience stores in North America are mostly known as the place to quickly grab a bag of chips to satisfy a perky craving, a pack of smokes or the most common scenario...pick up some milk late at night. And let's not forget that guilty pleasure many indulge in...a Slurpee. Traditionally, consumers would happily pay a premium to shop at a convenience store, rationalized by the convenience offered: location (almost every neighbourhood or gas station has one), availability (most open late, some are open 24 hours), and speed (quick in and out). That has not changed much, but what has changed is what consumers are looking for in these stores.

In the past, we have talked about the increased demand for "fresh" and "healthy" options in grocery stores. From fresh pre-made meals to organic produce and even healthier snacks, consumers are shying away from the chips and Slurpee and grabbing a smoothie instead.

In Canada, there are over 26,000 convenience stores. In the states, that figure is much higher, with an estimated 150,000 stores. Not adapting to changes in consumer behaviour can mean millions (if not billions) of dollars in missed revenue. So, convenience stores are upping their game. Here's how:

In the US, the National Association of Convenience Stores reports that half of the convenience stores they represent expanded their fruit and vegetable offerings in 2017. By offering fresh produce, convenience stores are making healthy options more accessible — especially in cities — where residents often rely on these stores as a primary source of groceries.

A recent NACP survey noted that thousands of convenience stores started offering yogurt, health bars, cheese, fresh salads and other healthy snacks. Giants like 7-Eleven and Kwik Trip are leading the way — and others are following.

With the mandate to make gas stations more profitable by significantly improving the customer experience — Lekkerland, a leading European gas station — came up with a concept that redefines the c-store. Their new stores look more like a hip downtown cafe with an in-store bakery, salad bar, and a wide selection of freshly prepared meals — for an affordable price. While the concept is popular in Europe, it's starting to catch on in North America — and it won't be long before you can grab your healthy lunch at your local gas station.

The average North American consumer used to love their coffee sweet, weak and watery — but a new generation is asking for the opposite. Bold, rich and dark. Many convenience stores have improved the quality of the coffee they offer, and some are even competing with coffee shops! Hy-Vee, Kum & Go’s new marketplace stores, QuikTrip’s marketplace concept in Midtown Atlanta and many Esso stations in Canada have partnered with coffee giants like Starbucks and Tim Horton's to offer coffee, freshly baked goods and want people to enjoy their brew in the store's comfortable seating area.

Consumer demand is accelerating this radical shift, but it's important to note that at the heart of the evolution is the recognition that by offering an outstanding in-store experience, convenience stores will continue to thrive the way they have for the last 100 years.

Here at Cayuga, we see this evolution as a challenge. Because of the unusually small size of convenience stores, standard grocery or retailer displays that both look good and work well are hard to come by (unless owners commision an expensive custom design). That's why we developed three collections of modular display cases with the convenience store or chain owners in mind. These collections are designed to be configured for any store layout and reflect your unique brand with a selection of dozens of colours or finishes. Independent retailers can now get access to the full Cayuga experience without paying a fortune for new designs or having to wait long for production!