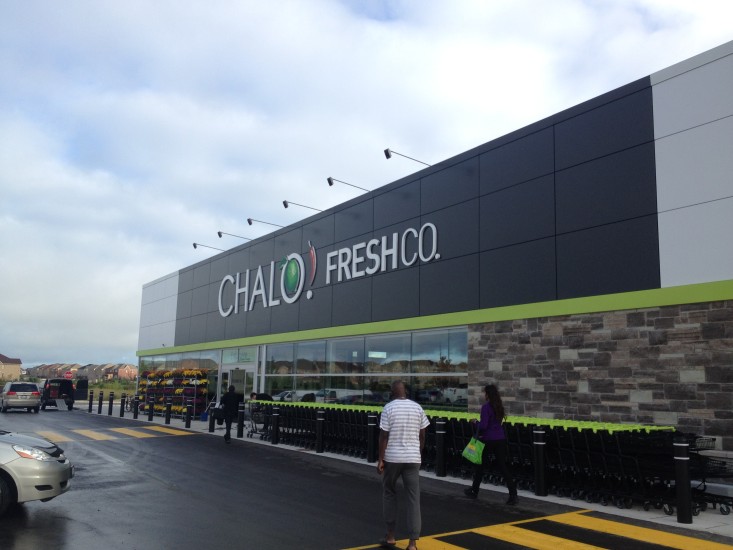 Over the last century or so, Canada and the US have become more and more colourful. A beautiful array of cultures has unfolded across both countries, as people from all over the world choose Canada and the US as their home. These amazing cultures are not just reflected in our friends and neighbours, but increasingly in popular culture, from TV shows like The Mindy Project to Kim's Convenience to Fresh off the Boat. And, finally, grocery stores are taking notice as well. That's the subject of the final installment in our look at the future of food retail in North America.

##Why the boom in ethnic foods?

The obvious answer to why there's an increase in foods from around the world in Canadian and US grocery stores is immigration. Canada for example, welcomed over 300,000 immigrants in 2017. Down in the States, the 2015 census noted an increase in the latino population and predicts that by 2060, 26% of the population will be of Hispanic descent. I have many friends from other countries, and they love the increased ease of access to food from their home countries.

But there are other answers, too. People, especially those in younger generations, are looking for a more diverse flavour experience. Think about the new "standard" prepared meal offerings in most stores — pizza, Mediterranean bars, sushi etc… This boom is also driven by the healthy food trend that we wrote about in Part 4 of this series. Often, ethnic foods are healthier and address popular dietary restrictions, compared to standard North American fare (rich in carbs, saturated fats and sodium).

The biggest challenge for major retailers has been to create an authentic connection with ethnic consumers. In the past, immigrants and their descendants have complained of grocery store offerings being watered down versions of what they'd eat in their former homelands. Take my friend Diego from Mexico, who often complains about Old El Paso dominating the so called "Mexican" section of his local store. But many stores are working hard to establish authenticity — including retail giants like Walmart.

Take, for example, FreshCo's "Chalo" (meaning "let's go" in Hindi) store in the Toronto suburb of Brampton. They welcome the large local South Asian community by focusing heavily on Diwali-themed products in October, over the Halloween products you'd see in most other stores. The store manager is South Asian – he knows what's important to his consumers, stocking authentic products, from sweets to produce to large bags of flour, and ensure there are Hindi and Punjabi speaking employees to assist consumers. Chalo's buyers go directly to India to source products. Display is important at Chalo, too, as much of their produce is featured in colourful carts, similar to those in Indian markets. Having such an authentic connection and large selection helps consumers avoid having to go to two or three smaller stores to get all of their tastes of home.

Not far from the Chalo store, in Mississauga, is a Real Canadian Superstore that reopened a couple of years ago with 3,000 new products largely targeted to the area's very large South Asian, East Asian and Southeast Asian population. It features a section filled with certified halal meats, a gigantic seafood section right near the front doors, plus, according to Loblaw, the first sushi and teppanyaki bar in a Canadian discount grocery store.

##Looking beyond the target market

Then there's T&T Supermarkets, the largest Asian supermarket chain in Canada. It's filled with Chinese food, drinks, live seafood and all the staples of cultural cuisine. But, interestingly, they don't always locate their stores in areas that have especially large Asian populations. Why? Because they know that Canada's increasing ethnic population is inspiring a more multicultural palate in all Canadians.

##Worldwide cuisine south of the border

Of course, this trend is not exclusive to Canada. You see it all across the United States as well, where independent stores are getting in on the trend. New York City is one of the most multi-cultural cities in the world with around 36% of its population being from ethnic descent. Stores like Key Food and Food Bazaar take the time to learn about the food needs of their ethnic consumers and serve them a huge selection. Similar cities include Chicago, Detroit, San Francisco and LA.

In states like Florida, California and Texas, there's a large latino population thanks to their proximity to Mexico and the Caribbean. Not surprisingly, retailers have responded with stores like Vallarta and Sedano's Supermarkets. There you'll find cultural fare like store-made tortillas, authentic bakeries, extensive seafood departments, and prepared foods.

It just goes to show you that North America truly is a beautiful mosaic of both cultures and cultural foods. So no matter who you are, you can enjoy some delicious sushi during your Mindy Project binge. And, remember, Cayuga Displays would be thrilled to help out any retail grocer with their multicultural food displays, just as we have with European-themed grocer Starsky. Finally, we hope you enjoyed our five-part blog series on the future of food retail in North America.